Story: Mirzapur 2 returns as Guddu Pandit plans to avenge the merciless killing of his wife Sweety and his brother Bablu.

Review: Ali Fazal and Pankaj Tripathi-starrer web series is more about the people in the murky city of Mirzapur than the guns, violence and power. After losing his brother and the love of his life, Ali Fazal's Guddu Pandit is ready for revenge while Divyenndu's Munna Tripathi is eager to take over Mirzapur's throne.

The battle becomes bigger and the stakes grow higher with season 2, the gangs are not just fighting for revenge, but also power and position in the entire state. Guns, drugs, police and even politics are now part of the game. The new season begins with Munna struggling to take charge in the city from his father (Pankaj Tripathi) Akhandanand Tripathi aka Kaleen Bhaiya, while Guddu and Golu Gupta (Shweta Tripathi) plan to take revenge by snatching Tripathi's power which is more important to them than their lives. It is not an easy task even for Guddu, but he manages with a few loyal friends and several power-hungry business partners.

Munna Struggles To Take Over Mirzapur's Throne From His Father

Season 2 of Mirzapur starts strong with more characters that will make you root for them. Other than Guddu, Golu, Shabana, Lala, and Sharad, many characters have experienced loss in season one which also brings them together. Ali Fazal and Shweta Tripathi are sure to make you shed a few tears, and their performance will also make you forget that they are the bad guys, who are dealing in drugs and guns essentially for nothing.

Ali Fazal As Guddu Pandit Is Ruthless In Season 2

Meanwhile, Pankaj Tripathi as Kaleen Bhaiya is just as ruthless as he seems to be calm in the trailer, which makes him a more terrifying villain. At the same time, Guddu is ready to stoop to any level to take his revenge, and will also make you check for your sanity once in a while. For most of the season Guddu is injured and we see him struggling to walk, but that does not stop him from doing anything, instead, he becomes more brutal and is also referred to as an injured lion by another character.

I had more expectations from Shweta Tripathi's Golu, as she has been introduced as Guddu's sidekick in the trailer, which she is, but silently. Golu does get several violent scenes but she mainly functions as the brain in the duo and still, her presence seemed overpowered by the male characters around her.

Mirzapur 2 with a few gut-wrenching scenes has much needed comic relief thanks to Vijay Varma and surprisingly Rasika Dugal, who plays Beena. Meanwhile, Divyenndu Sharmaa as Mumma will manage to surprise you with his twisted performance, one minute you might hate him but the other minute you will sympathize with him.

Directed by Karan Anshuman and Gurmmeet Singh, Mirzapur 2 follows the same idea as season one, but we get to see different shades of every character. With so much going on in the show, you are bound to get attached to one or two characters. The crime thriller that gave the genre and OTT shows a serious push, is definitely worth a watch. 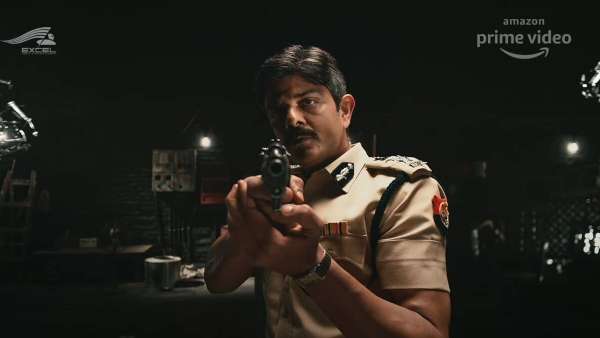 Amit Sial On Returning As Maurya In Mirzapur 2: He Is An Integral Part Of The Story