Last year, the dashing Vijay Deverakonda became the talk of the town for all the right reasons when Arjun Reddy opened to a thunderous response at the box office and emerged as a big surprise hit. Directed by Sandeep Reddy, the film was a dark-comedy and featured a riveting performance from the young sensation. The film also ruffled a few feathers because of its bold content and this helped it become even more popular with 'Gen Y'. At present, Vijay Deverakonda is in the limelight because of his latest release Geetha Govindam. The film hit the screens on August 15, 2018, and is still raking in the moolah. Here are the latest updates.

Geetha Govindam A Big Hit In The US

According to the latest trade reports, Geetha Govindam has collected nearly USD 2.45 Million at the US box office so far. In doing so, it has become the seventh highest grossingTelugu movie in the US.

Interestingly, Geetha Govindam has crossed the lifetime collections of Megastar Chiranjeevi's Khaidi No 150 and Nithiin's AAa. Needless to say, this is a big achievement and it proves that the era of Vijay Deverakonda is upon us.

The film seems to have worked big time because of its effective screenplay and youthful vibe. Vijay Deverakonda's energetic 'madam madam' act is quite relatable and it has struck a cord with the younger generation. Rashmika Mandanna has complemented the young heartthrob quite well. Her lively antics are a treat for the fans and is a major highlight of Geetha Govindam.

Geetha Govindam has been in the theatres for more than a month now and it is earning good money. And, needless to say, this is quite a feat. When its theatrical run ultimately comes to an end, it is going to end up as being one of the biggest commercial hits of the year.

The success of Geetha Govindam proves that Arjun Reddy was no fluke and Vijay Deverakonda is indeed the real deal. Its success is likely to have a positive impact on the star's next big release NOTA and help it become a hit. The phenomenal response to Geetha Govindam also indicates that Rashmika Mandanna has found firm footing in the industry and she is here to stay. 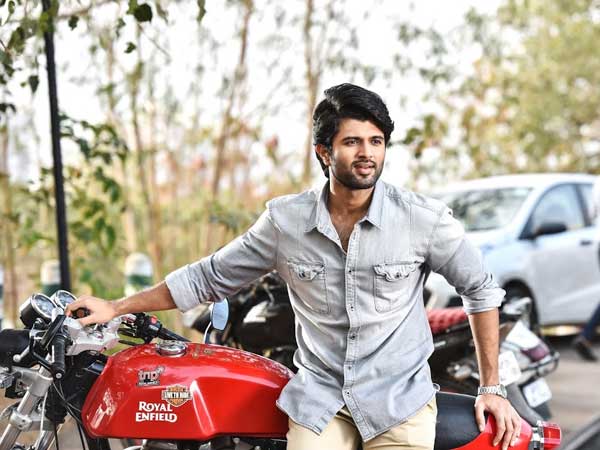