There's no denying that 2018 was a year of mixed fortunes for actress Rashmika Mandanna. The Kodava beauty became the talk of the town for all the right reasons when Geetha Govindam opened to a good response at the box office and received rave reviews from all corners, The film, featuring actor Vijay Deverakonda in the lead, clicked with 'Gen Y' and this helped it emerge as a hit. However, her other release Devadas failed to live up to expectations despite receiving decent reviews. Now, Rashmika is in the limelight due to an unexpected reason.

Yes To Bunny And No To Prince

The Kannada actress was recently roped into essay the female lead opposite Allu Arjun in his film with Sukumar which is being called 'AA 20'. Needless to say, this created a great deal of buzz amongst Mega fans with most of them giving a grand welcome. However, this not go down well with Mahesh Babu's fans as she had refused to star opposite 'Prince' in Mahesh 26.

Is This The Reason?

Rashmika, one of the fastest rising actresses in Tollywood, is currently working on a Tamil film with Karthi which marks her Tollywood debut. She also has a Kannada movie titled Pogaru in her kitty. Mahesh 26 is likely to go on floors this June while AA 20 is slated to roll only after Bunny wraps up his film with Trivikram Srinivas. As such, Rashmika might have found it easier to give dates to Allu Arjun's movie.

Unlike some of her contemporaries, Rashmilka Mandanna is quite popular in Karnataka and enjoys a strong fan following which helped Geetha Govindam do well in the state. Given her popularity in the crucial market, many feel that she is a valuable asset for the AA 20 team.

Rashmika Gears Up For The Dear Comrade Test

Meanwhile, Rashmika is currently gearing up for the release of Dear Comrade which is one of the biggest releases of the year. The film, directed by Bharat Kamma, is a political thriller and marks her second collaboration with Vijay Deverakonda. 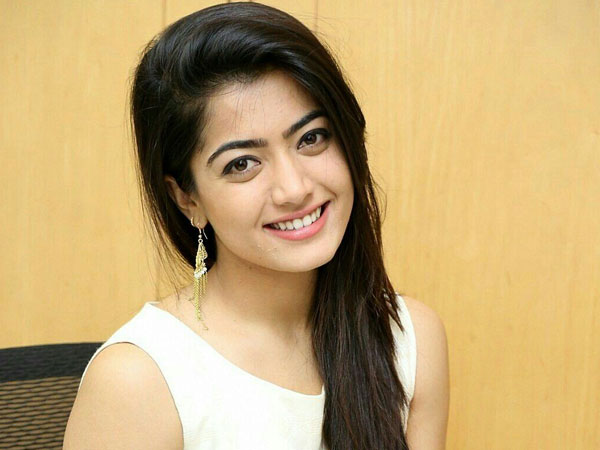