As per the reports, Nivetha Thomas tested positive during the promotions of her upcoming project Vakeel Saab. The actress, who confirmed the news through her official pages, wrote: "Hi everyone, I've tester positive for COVID-19 and have isolated myself, adhering to all medical protocols and look forward to making a complete recovery. I want to thank everyone for their support and love and in particular, thank my medical team that has ensured the best care. Please be sage, wear a mask. Love, Nivetha."

As reported earlier, Nivetha Thomas is playing a pivotal role in Vakeel Saab, which is one of the most anticipated Telugu films of the year. Pawan Kalyan is playing the lead role in the movie, which is an official remake of the acclaimed Bollywood movie Pink. Nivetha is reprising the character which is originally played by Taapsee Pannu, in Vakeel Saab.

Coming to Allu Aravind, the senior producer tested positive for COVID-19 even after taking two doses of the corona vaccine. According to the reports, the vaccine takes time to show its effect on the body, and that is the reason why Allu Aravind tested positive even after taking it. However, the sources close to the producer confirmed that he is doing fine with mild symptoms.

Similarly, popular filmmaker Trivikram Srinivas had also tested positive for COVID-19 after taking the first dosage of vaccine. However, the filmmaker tested negative for the virus a few days and is doing completely fine. 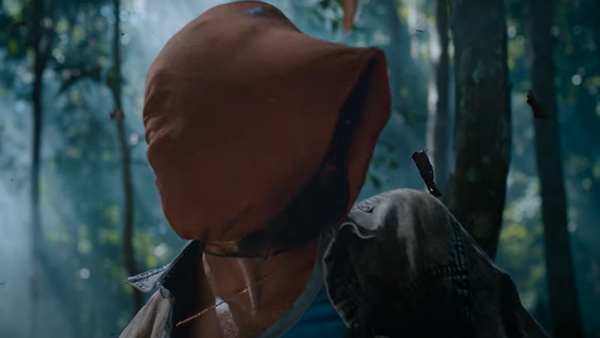 Pushpa: Allu Arjun's First Glimpse As Pushpa Raj To Be Out On April 7 At THIS Time