After wrapping up major promotions of her upcoming release, Chhapaak, Bollywood actress Deepika Padukone visited the Jawaharlal Nehru University (JNU) in Delhi on January 7 and created a stir.

A masked mob had attacked the teachers and students on the JNU campus on January 5, but a majority of Bollywood celebrities were quiet on the issue, except stars like Alia Bhatt, Sonam Kapoor, Taapsee Pannu, Swara Bhasker, Dia Mirza, Shabana Azmi, Zoya Akhtar, Richa Chadha, Anurag Kashyap, Vishal Bhardwaj and some more who voiced their opinion and took part in protests in Mumbai.

At such a time when very few of Bollywood's superstars were speaking on the JNU attack, Deepika Padukone's visit to the institution in solidarity with the teachers and students drew a lot of attention. Although she got good media coverage, opinions were divided on Twitter and other social media.

While some were supporting and lauding Deepika Padukone for showing up at JNU, others were trending #BoycottDeepika on social media, demanding a ban on Chhapaak.

It is to be noted that Deepika did not speak about the event on social media, nor did she speak during her visit at the university. She was seen standing with a group of students and the president of the students' union, Aishe Ghosh, who was injured in the attack.

Many other celebrities came forward applauding Deepika for visiting the JNU campus. On Twitter, however, the story changed face overnight. From a celebrity visit to the JNU campus to express solidarity, it turned into a hashtag #ISupportDeepikaPadukone. Soon, #BoycottDeepika started trending.

Twitter is a social networking site open for people to share their opinions, and hashtags are used to second another viewpoint. In doing so, Twitter users quickly took sides, either in support of the actress or opposed her visit. The divided opinion on Twitter has taken over the actual protest and issue at hand.

Take a look at some of the tweets:

This is callous. Those calling to boycott #Chhapaak because @deepikapadukone went to #JNU are forgetting the movie is about an acid attack survivour whose story Deepika has dared to share. How can one forget the cause the brave actress has espoused ? #ISupportDeepika pic.twitter.com/iWlAcpht4C

#ISupportDeepika @deepikapadukone in SOLIDARITY with JNU students and girls who were attacked. pic.twitter.com/t1chYCTTg1

So the @BJP4India & @ABVPVoice have claimed that they had nothing to do with the violence in JNU. If @deepikapadukone visits the campus to show solidarity why have they launched a campaign to boycott her film?

#boycottchhapaak Congrats @deepikapadukone .. all anti nationals and Pak supporters are now with you.

U may have made new fans across border and India haters here but u lost many honest fans. Every 1 r angry for u standing with leftists in JNU who actually started the violence. pic.twitter.com/UBLE19w5np

The question remains whether celebrities should share their opinion on national and political matters. Can it be called their personal opinion, effort in public interest or using their influence? The line that separates the three is blurred and so is the commercial aspect of the events. Many Twitter users have also claimed Deepika's visit was used as a promotional tactic for her upcoming film Chhapaak, while others claimed the film is based on an acid attack survivor and should not be lumped in with the protest.

Why #boycottdeepikapadukone? Why #boycottchhapaak? Just because Deepika went to JNU against Sunday’s violence? Really guys? Are you now defending violence 🙄#DeepikaPadukone @deepikapadukone

It is simplistic to dismiss Deepika Padukone’s support at JNU as ‘movie promotion.’ She’s a mega star & knows the risks of boycotts/demonisation. Which is what the mighty Khans faced & retreated. Or why the great AB won’t speak. The fact is that Deepika simply has more courage

Simple arithmetic of Deepika Padukone’s JNU visit. A vast majority of people support her. The easy way to neutralize the few who plan to boycott her film is for others to see it twice. It’s easy to see that, by this logic, if 10% boycott her film the viewership will go up by 80%.

One Twitter user has also shared an old footage of the actress to justify the current events. But Deepika Padukone is mum on social media and thinks she has already said what she wanted to two years ago, when she was being threatened for her film Padmaavat. In an interview on television, Deepika had said, "I am afraid this will be our normal." It is almost as if she predicted the current situation.

Deepika @deepikapadukone on JNU attack, "This wasn’t the foundation our country was built on. I feel angry that this is happening. But the fact that action is not being taken, is what we must think about." Strong Words, must listen. #ISupportDeepika pic.twitter.com/ydJQpSpAgZ

While the hate and support for Deepika Padukone lingers on social networks, it has also set off the same wave among media and news outlets. A majority of the coverage is about her visit and not about JNU protests, even if it may have been the initial intention. So, should the influential celebrities take a back seat when table-turning events take place? We have seen many stand in support of acid attack victims and rape victims, but does it lead to action against the perpetrators?

With the Internet, it is not hard for everyone to see what is happening at the other end of the world. If people are to stand in support or oppose any event, do we need a celebrity to come forward and shed light on the issue? If Bollywood wants to stand in support, can there be a better way? 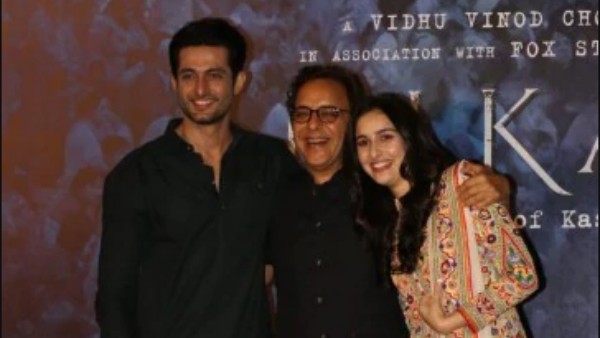 Vidhu Vinod Chopra On JNU: Made Shikara To Express I Condemn All Violence