Aditi Rao Hydari looked very pretty in a summery dress when she was snapped by the paparazzi on Monday afternoon. Dia Mirza looked cool in a casual avatar when she was spotted at the airport. Kartik Aaryan was all swag in a casual cool avatar when he too was snapped at the airport. Janhvi Kapoor sported an all black gym look as she headed for a work out session at the gym. Check out these pictures!

Aditi Rao Hydari is one of the most beautiful actresses. On Saturday afternoon, Aditi was snapped in a summery black dress with a floral print on it when she was spotted by the paparazzi. She sported a pair of classic white sneakers to go with her outfit, and she carried a black handbag. Aditi was last seen in Sanjay Leela Bhansali's blockbuster movie, Padmaavat.

Dia Mirza was spotted at the airport on Saturday morning. She looked very cool in a casual outfit. Dia was wearing a green tank top with a light wash denim jacket and she teamed it with ripped denims. Dia sported a pair of white sneakers and a really cool pair of sunglasses. Dia was last seen in Rajkumar Hirani's biopic directorial, Sanju, opposite Ranbir Kapoor.

Kartik Aaryan Is All Swag

Kartik Aaryan was all swag when he was snapped at the airport on Saturday. Kartik was wearing a white hoodie which read New York, with a pair of dark grey denims, and white sneakers. Kartik has been reveling in the success of his last movie, Luka Chuppi, a romantic comedy in which he starred opposite Kriti Sanon.

Janhvi Kapoor is a regular at the gym as she is a known fitness freak. On Saturday, Janhvi was seen sporting an all black gym look. She wore a dark grey t-shirt with black gym shorts and a pair of black sandals as she headed in for a work out session. On the work front, Janhvi has been prepping for the role Gunjan Saxena, an IAF combat pilot, in a biopic on the latter. 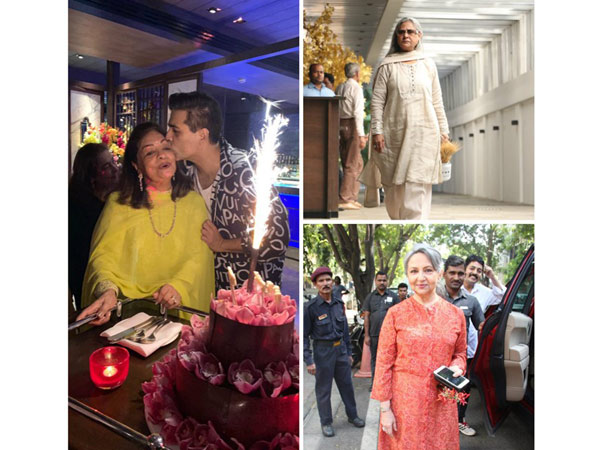