Akshay Kumar is a unique superstar in Bollywood, and his choice of films and roles are testimony to that. The Khiladi star has built a brand out of himself, but the weight of that brand doesn't stop him from experimenting with small roles, quirky roles and films, and multi-starrer films. Akshay says that this is because he is motivated by working in films with which he feels he can make a difference. He thinks that some actors in the industry take up films in which they are seen as the main hero because of their insecurities.

Akshay has done quite a few roles which were considered 'risky' but he emerged successful. When asked if he was ever advised against picking such films he said, "I have been advised a lot of times to not do certain films. I was advised not to do PAd Man and Toilet Ek Prem Katha. Big personalities from the industry told me that. It doesn't matter how much my role is. I want to be part of a film which is a great story. I am fine to do a small role if it's a good film. I wouldn't even mind if someone else has a bigger role than me in a film, provided the script is nice."

He further adds, "When I did Khakee, I die during the interval. All this doesn't matter. There are so many films I have done where I don't even have the heroine with me. If there's cinema that I feel can make a difference, I'd happily go do it."

"These kind of thinking is not there in Hollywood. They don't think of films in this fashion. But yaha yeh hota hai." Citing an example he said, "I won't name the person but this one actor is doing a two-hero subject. He amazingly told the producer ki pehle mera ek solo photo aayega. Then, agle hafte dono ka saath mein aayega. Why solo? Because he wants to show he's the main hero, although it's a two-hero subject. The thinking has been reduced to a solo poster. I was quite shocked to listen to this."

Akshay will soon be part of a multi-hero collaboration in Rohit Shetty's cop film franchise. Ranveer Singh, Ajay Devgn and other big names are said to be part of this. Regarding this he said, "They are all doing cameos in Sooryavanshi. But there still isn't a film like maybe an Amar Akbar Anthony. Pehle banti thi, I have done such films with actors like Suniel Shetty,Saif Ali Khan and others. Ab I don't know why we don't do it anymore. People don't want to work with another actor anymore."

Reasoning why things are this way, he continued, "I don't know why. It must stem from insecurity. It's not about the budget actually. Pehle budget matter nahi karte the kya? I would request everyone to do two-hero or a three-hero subject. It doesn't matter. Do it if you like the script and you like your role. I fail to understand why they don't. I have worked with seven heroes too, in Jaani Dushman."

Akshay's next release is the multi-starrer Mission Mangal, which is based on the Indian Space Research Organization's mission to Mars. Co-starring Vidya Balan, Taapsee Pannu, Nithya Menen, Sonakshi Sinha, Kirti Kulhari, Sharman Joshi and others, it is scheduled for an Independence Day release this year. 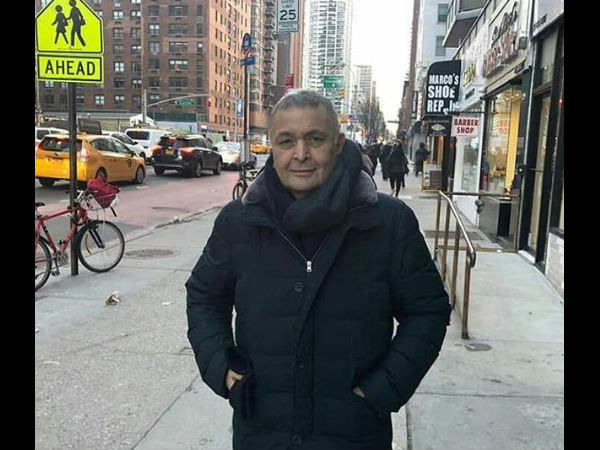 MOST READ: Rishi Kapoor Misses Working More Than Ever; Says He Is Geared Up To Do Any Kind Of Work