These days, Parineeti Chopra is busy with the promotions of her upcoming film, 'Jabariya Jodi'. A few days ago, in an interview with an entertainment portal, the actress had opened up about dealing with a major heartbreak and how her family stood by her side during her difficult phase. Parineeti was quoted as saying, "I have gone through one big heartbreak and I think it'll be the only one. Honestly, I was a mess. It was the worst time in my life because I had not seen any kind of rejection until then. I needed my family the most."

Recently on a show called 'Tapecast', she opened up about her worst phase in life and even spoke about battling depression.

Parineeti Had A Big Heartbreak In Her Life

The actress said, "I'm referring to the year 2015 - end of 2014 and all of 2015. I would say the one-and-half years were truly the worst time of my life. Two of my films, Daawat-e-Ishq and Kill Dil didn't work. That was my first setback. Suddenly I didn't have money. I had bought a house and done big investments. Then I went through a big heartbreak in my life. Literally all departments in my life were down and I had nothing positive to look forward to."

The Actress Talks About The Worst Phase In Her Life

"I stopped eating, sleeping well, didn't have any friends at that time. I never met people. I cut off touch with everyone including my family. I would talk to them once in two weeks. I was gone. I just used to be in my room, watching TV, sleeping, getting up, staring all day. I was a zombie. I was typical filmy depressed girl. I would curl up on my sofa and sleep, falling ill all the time. I didn't meet the media for almost six months."

Things Started Improving For Her Towards The Start Of 2016

"I would say a couple of people helped me. Sahej, my brother, he's my soulmate. He was the only one I spoke to every single day. He would stay with me and help me out. There was my friend Sanjana. We spoke a lot and became closer in that year. She helped me so much. I would cry maybe 10 times a day. I was always crying and upset. I had chest pain that would not go out of my body. I've never felt actual clinical depression. It happened in that year, but started getting better towards the starting of 2016. I started feeling better, working on myself, became fitter, signed Golmaal (4), (Meri Pyari) Bindu and I moved into a new house."

Parineeti Was Quite Vulnerable During That Phase

She continued, "I literally took life into my own hands because I thought if I go into this pit, I'll never come out again. I was 25 and very vulnerable emotionally. I never had any gravitas. I was just a flying bird who didn't have anything holding me. I thought if I don't get out of it now I never will. Suddenly I started working a lot. Bindu really healed me. My personal life became better. I started meeting friends again. I had to call a lot of people and apologize for being out of touch. I had to reconnect with my people and now, touchwood, I'm prepared. Today if any kind of failure hits me, I'm definitely better prepared. I thank God everyday that this didn't happen to me later. I am so glad it happened when I was 25. That jhatka (shock) so early can really fix you for life."

She Now Tackles Difficulties With Optimism

"For the kind of person I am, it was important for me to feel that once in my life. Today if I have the same failures and problems, I'll fix myself faster. Today I'm scared of being like that again so I won't allow myself to go back there. I call myself a loser for that phase, but it was the biggest win of my life." 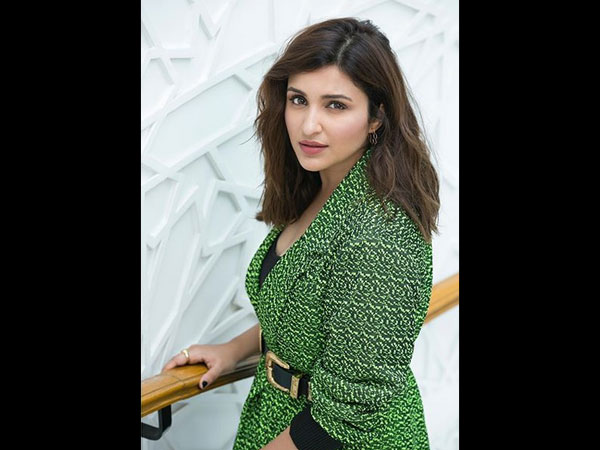 Parineeti Chopra Was A 'Mess' Post Her Big Heartbreak; Calls It The Worst Time Of Her Life!