Unlike Akshay Kumar, Katrina Kaif, Rohit Shetty and Ajay Devgn, Ranveer Singh arrived almost 40 minutes late, for the trailer launch of Sooryavanshi, which was recently held in Mumbai. The Simmba actor was school by Akshay for not being punctual and the latter even made Ranveer do sit-ups for keeping everyone waiting at the event.

Soon, a video of Akshay, who is known for his legendary discipline and early morning meetings, went viral on social media where the superstar is seen saying , "This man came 40 minutes late." Further, Ajay Devgn is seen adding to Akshay's revelation about Ranveer, "He gave an excuse saying that his wife lives in town."

After the video received a hilarous reaction from netizens, Deepika Padukone had a cheeky response to Ranveer's excuse for not being on time at the event. The actress commented below the video, "Biwi town mein rehti hai,par time pe pohunch jaati hain!😉😋"

Meanwhile,YouTuber Ashish Chanchlani, who was hosting the trailer launch event, shared a video on his Instagram page, in which Ranveer is seen profusely apologising for reaching late.

In the clip, Akshay is heard saying, "He is the first junior actor who kept four senior actors waiting for him)." The Gully Boy actor is then seen touching everyone's feet.

Speaking about his excitement about being a part of Sooryavanshi, Ranveer said at the trailer launch event, "I am just too excited. I don't know whether I am excited that I am sharing screen space with my screen idols (Akshay and Ajay) or to be excited to be working with Rohit sir, who has a one-of-a-kind vision. I am as excited as an audience."

Directed by Rohit Shetty, Sooryavanshi is slated to hit the big screens on March 24, 2020. 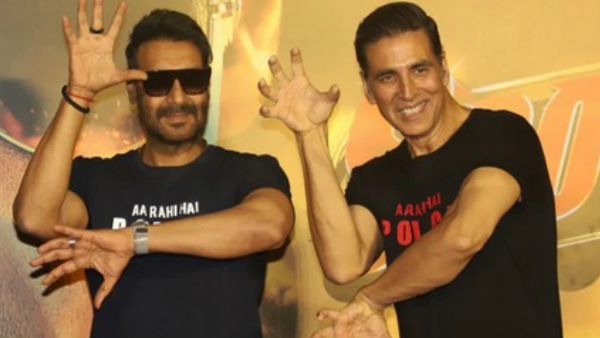 Akshay Kumar's Shocking Revelation About Ajay Devgn: 'He Pushed Me Out Of Phool Aur Kaante' 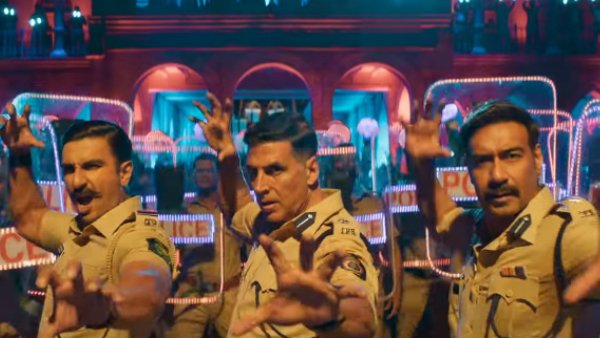 Sooryavanshi Memes Take Over The Internet!