A few weeks ago, actor Saif Ali Khan dropped a pleasant surprise for his fans. The Race star revealed that he is all set to pen his autobiography. Saif said that his book will throw light on his family, home, career in films, success, failures, and his influences and inspirations.

However, in an interview with Film Companion's Anupama Chopra, Saif's actress-wife Kareena Kapoor Khan said that she is petrified for her hubby, adding that she is going to edit his autobiography. Scroll down to read more.

Kareena Has Advised Saif To Be Politically Correct In His Book

"I am petrified for Saif," Kareena was quoted as saying by Film Companion. She further added that she has told her actor-husband to be politically correct in the book, since he has "no holds barred'.

Bebo said, "I'm scared for him, I've told him I am going to edit this book before you, to know what you're going to say."

Earlier, Saif Had Called His Autobiography 'A Selfish Endeavour'

"So many things have changed and will be lost with time if we don't record them. It would be nice to look back; to remember and to record. It has been funny and moving, and I must say, this is quite a selfish endeavour. I do hope others enjoy the book, too, of course!," the actor said in his statement.

The Kapoors Are Currently On Cloud Nine For This Reason

The actor and Kareena recently announced that they are expecting their second baby together. The couple already has a three-year-old son Taimur, who is quite a sensation on social media. Speaking about films, Saif recently signed Prabhas starrer Adipurush, in which he will be essaying the role of a demon named Lankesh. Besides this film, Saif is also a part of Bunty Aur Babli 2 and Bhoot Police.

Kareena Kapoor Khan, on the other hand, will next be seen in Aamir Khan's Laal Singh Chaddha. 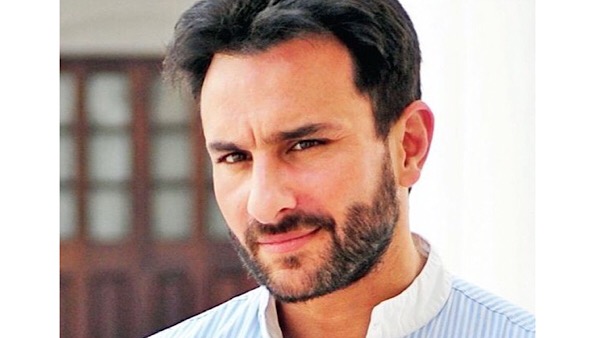 ALSO READ: Saif Ali Khan Reveals He Got Into A Bar Fight Once, Was Punched In The Face; 'He Was A Lunatic'