Celebrities supporting social causes is indeed commendable because amidst the current scenario, the world needs empathy, love and financial support at the right time. In this regard, one person who always goes an extra mile; by extending support towards social causes and works for the betterment of indigent is Superstar 'Salman Khan'.

Commencing the financial aid, he was one of the first people who made sure that money was directly transferred into the bank account of 25,000 daily wagers who were in dire need. It did not stop there, he further transferred money into the account of additional 7000 daily wage workers of the film fraternity.

The superstar also arranged for food supplies for thousands of people from varied corners of the state. A video of the same surfaced on the internet recently where truckloads of essentials were sent to the villagers around the farm.

Salman Khan has been carefully watching the situation and extending help in installments to ensure steady flow of income and essentials for the needy in different parts of the country.

Over the years the actor has been involved more into humanitarian work and the great thing about him is that apart from money, he also gives his time and effort. Even in the current situation, he has personally invested himself in providing support to the nation.

Salman Khan is known for his philanthropist activities. Keeping in mind the current situation, he has released several videos where he has voiced his opinions and made personal appeal to his massive fandom and people of the nation and his massive fandom to stay indoors and maintain social distancing. 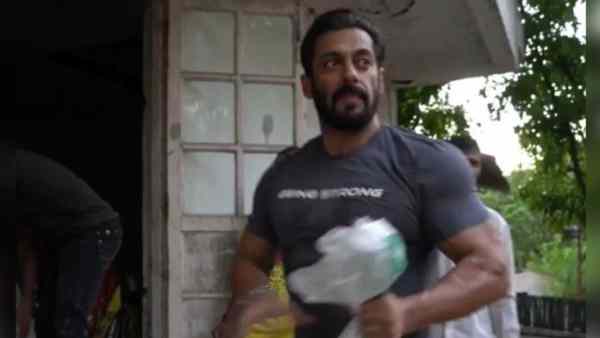