Premam, the 2015-released blockbuster movie which marked Nivin Pauly's second collaboration with the talented filmmaker Alphonse Puthren, turns 5 today. Despite being released with zero pre-release hype, Premam emerged as one of the biggest successes Malayalam cinema has ever seen.

The Nivin Pauly starrer, which depicted the three phases and romances of the protagonist George, is still considered as one of the path-breaking attempts of the South Indian film industry. Premam, which was equally loved by the audiences from all parts of India, was later remade into Telugu under the same title. But as expected, the remake was not able to recreate the magic of original.

Here we present some lesser-known facts about Premam. Have a look...

The Reunion Of A Group Of Friends

Interestingly, Premam marked the reunion of a group of childhood friends, including lead actor Nivin Pauly, director Alphonse Puthren, supporting actors like Shabareesh Varma, Krishna Shankar, Siju Wilson, cinematographer Anend C Chandran, and so on. The team shot in all major locations of Aluva town where they used to spend time during their teenage days, especially the tea shop and bridge.

Nivin Pauly Was Not The Original Choice For George

In a recent interview given to Film Companion, director Alphonse Puthren has revealed that Nivin Pauly was not the original choice for the character George. During the initial stages of scripting, Alphonse wrote the character with Dulquer Salmaan in mind. But he later changed his decision and roped in Nivin Pauly for the role, as he is his best friend.

Reportedly, it took director Alphonse Puthren so long to convince Sai Pallavi to play the character Malar. The actress, who was pursuing MBBS in Georgia that time, had quit acting to concentrate on her medical career. But she changed her mind after the script narration, as she had fallen in love with the character Malar.

A Film Without Teaser & Trailer

Premam was a complete mystery for the audiences until right before the first show. The makers had revealed a first look poster and Aluva Puzha song featuring Nivin Pauly and Anupama Paramehswaran, just before the release. It is one of the rare Malayalam films which was released without a teaser or trailer.

To the uninitiated, Madonna Sebastian was not the original choice for the character Celine. The role was initially offered to a few actresses including Aishwarya Lekshmi and Bigil fame Reba Monica John, but they couldn't take it up due to personal reasons. 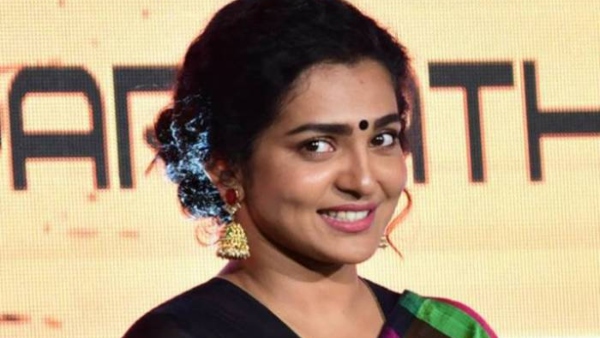 Parvathy Thiruvothu To Make Her Directorial Debut: Takes A Break From Acting!