Bigg Boss Marathi 3's latest episode starts with Surekha Kudachi's conversation with Vikas Patil and Vishhal Nikam, in which she tells them that she is very much disappointed with the housemates' thoughts about her. On the other hand, Mira Jagannath and Gayatri Datar discuss Sneha Wagh's behaviour as they feel is she is silent but violent bomb of the house. Gayatri and Vikas talk about game strategies.

Interestingly, Meenal Shah and Jay Dudhane have a healthy conversation and solve their issues. Jay says sorry to Meenal for using derogatory terms about her father. The next morning, housemates wake up to the peppy Bollywood song, 'Main Khiladi Tu Anari'. In the morning, the contestants get a surprise from Bigg Boss as for the week, they will have to play with their partner. Bigg Boss introduces 'Jodi Ki Bedi' theme for the week. Bigg Boss announces six couples and one trio in the house. 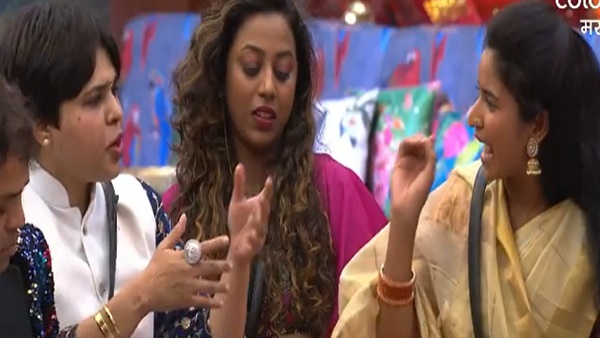 Later, Vikas Patil and Vishhal Nikam ask others to know whom they have nominated. Santosh Chaudhary acts smart and indirectly blames others. Vishhal senses that he has nominated them for the eviction. Apparently, Meenal Shah and Vikas Patil are planning to form a group, however, they feel that others are backstabbing them and joining Mira and Jay's group.

Trupti Desai makes fun of Dadus' innocent behaviour. Later, Bigg Boss asks housemates to gather in the garden area and gives a chance to the nominated contestants to express their opinion and reveal whom they feel should replace them in the nomination list. Meenal Shah begins the process and engage in a fight with Gayatri Datar. However, Gayatri is already nominated, hence, the housemates ask her to name the non-nominated contestant. 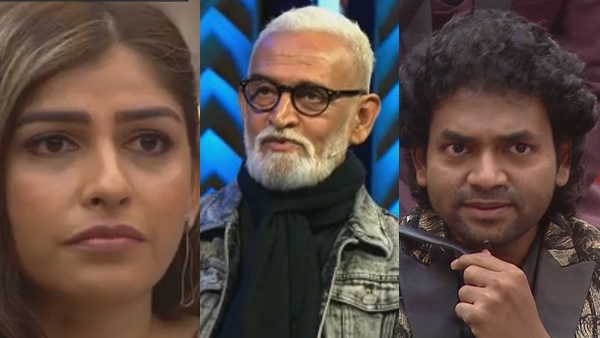 Surprisingly, Meenal Shah calls Sneha Wagh non-deserving as she feels that she has not seen her performing in the task and says that she doesn't stand firm on her decisions. Well, Meenal's comments leave Sneha angry as she shouts at her and tells her that she is wrong. Housemates too support Sneha in the argument. Sneha Wagh says that she has lost all respect for Meenal. Stay tuned for more Bigg Boss Marathi 3 updates!