The eagerly-awaited Bigg Boss Tamil 3 kicked off on Sunday (June 23, 2019) and this created a great deal of buzz amongst fans. During the opening episode, Kamal Haasan introduced the contestants and gave fans a taste of his flawless hosting style. While Bigg Boss Tamil 3 became a rage in no time, it also landed in an ugly controversy for an unexpected reason. A journalist pointed out that Rajinikanth's portrait had been removed from the Bigg Boss house, which created a buzz on social media.

Needless to say, Rajini fans lashed out at Star Vijay and claimed that the Superstar cannot be removed from one's heart. Some of them even said that Kamal was responsible for the shocking development.

"I don't think #thalaivar needs any publicity through vijaytv ! i mean he is beyond all of that.. There may be some who may have lost ground and may use Vijaytv as a political platform but thalaivar is Different his name is enuf unlike some who get fake laughs #BiggBossTamil3," wrote an angry fan.

Now, here is an update about this controversial situation. According to DtNext, Rajinikanth's portrait was removed as it showed him smoking a cigarette. Confirming the same, a source said that Rajini fans had unnecessarily taken the whole thing as an insult.

"Rajini's image shows him smoking a cigarette. That's one of the reasons why the creative team of the show decided to remove it. However, the fans took it personal,"(sic) added the source.

This is a developing situation and it will be worth watching what happens next.

Meanwhile, on the film front, Kamal currently has Indian 2 in his kitty. However, the film is on hold for now. On the other hand, Rajini is currently shooting for Darbar, which is likely to hit screens during Pongal 2020. He might also team up with noted director 'Siruthai' Siva in the near future. 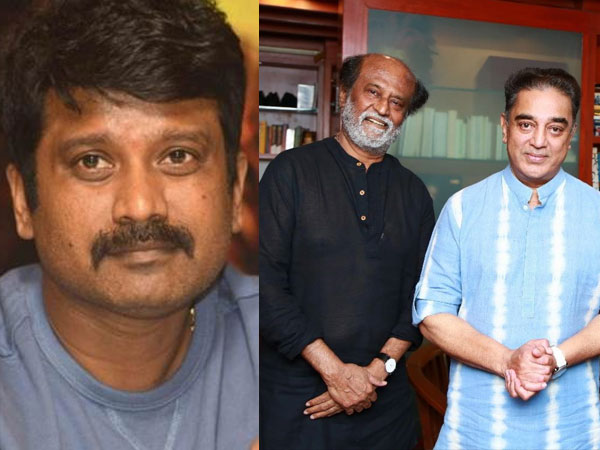 Rajinikanth & Kamal Haasan To Be A Part Of Prem's 6 Hero Film? REVEALS Name & Other Details!