The most-awaited controversial reality show Bigg Boss 13 is all set to hit the screens within an hour. The makers have created huge hype around Bigg Boss 13 as this time, there is no specific theme and the major twist is that there will be two finales! Yes, one finale will be happening in four weeks and the other finale will be held in January 2020. Apparently, 13 contestants will be locked inside the Bigg Boss house for 105 days. Before the grand premiere, here are the confirmed contestants of Bigg Boss 13.

Bollywood actress and ‘Saki' fame Koena Mitra will be locked inside the Bigg Boss 13 house. The actress was recently in the news for slamming the new version of the Saki song from Batla House. Previously, she had hit headlines, when a model named Poonam Sethi filed a complaint against Koena. Apparently, the actress had failed to repay a loan of Rs 22 lakh. But Koena had denied the allegations and claimed the case was false.

Rashami had grabbed headlines for her divorce with Nandish Sandu. Many had blamed Rashami for the failed marriage, but the actress shared the real story behind her ugly divorce, which shocked everyone. She had revealed that she was in an abusive relationship with Nandish.

Devoleena Bhattacharjee, who is known for her role of Gopi Bahu in Saath Nibhana Saathiya, will be a part of Bigg Boss 13. The makers had also revealed a couple of promos that featured the actress. It is being said that she will be seen in the Bigg Boss 13 house in a never-seen-before avatar.

It has to be recalled that Devoleena was in the news as the police had questioned her in diamond merchant Rajeshwar Udani's murder case.

The actress was in the news for her divorce with Shaleen Bhanot. She had claimed that Shaleen had cheated on her and physically assaulted her.

Siddharth Shukla, who was seen in shows like Balika Vadhu and Dil Se Dil Tak, and has won the stunt-based reality show, Khatron Ke Khiladi 7, will be seen in the Bigg Boss 13 house.

A few months ago, the actor grabbed headlines as he was arrested for ramming his BMW into more than three cars, which left six-seven occupants of the other cars with minor injuries.

Anu Malik and Daboo Malik's youngest brother Abu Malik; Splitsvilla actor Paras Chabbra; Shehnaaz Gill, who has been a part of Kala Shah Kala; Naagin 3 and Bepanah Pyaar actress Mahira Sharma; scriptwriter Siddhartha Dey; Shefali Bagga, a news anchor and Asim Riazm, who is a popular face in the modelling circuit, will be a part of Bigg Boss 13. 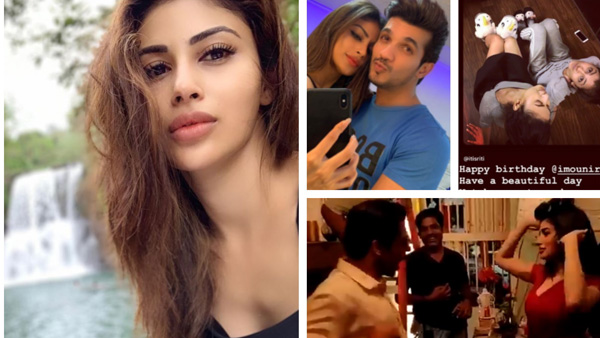