Kapil Sharma is having the best phase of his life. The actor is married to the love of his life Ginni Chatrath and his show The Kapil Sharma Show is one of the top shows on the TRP chart. Yesterday (April 2), the actor-comedian celebrated his birthday with his wife Ginni Chatrath, family and close friends. His mom stole the limelight as she danced her heart out at the grand party. Although he was wished by many celebrities, the major highlight was Sunil Grover's wish. Sunil wished Kapil on Twitter and wrote, "Happy birthday @KapilSharmaK9. may God keeps you happy and healthy. Love and wishes bha ji. 🎂"

Recently, Kapil was seen on Arbaaz Khan's chat show, Pinch by Arbaaz where he clarified about the much-talked about mid-air fight with Sunil Grover. Read on to know more.

Regarding Sunil, Kapil said, "I like Sunil a lot...There was just a misunderstanding between us. Someone asked me that why I am not taking him in show and in a fit of rage I wrote on Twitter that I was ready to take him, it's he who doesn't want to come back on the show."

Kapil Has Learnt A Lot From The Above Incident

He said that he has learnt a lot from that incident. He also adds that he has learnt if anyone has misunderstandings, they should not share it on social media but just call or message the person. He added, "Also this new trend of wishing birthday on Twitter is strange. If you don't do it, people think they do not get along well."

Did Kapil Throw A Shoe At Sunil?

"Do you think I am such kind of a person who will fight for this reason? "I never accepted such a thing and not even Sunil mentioned about it anywhere... Then who is writing such articles?"

The Comedian Compares His Tweet With Donald Trump’s Tweets!

It has to be recalled that he tweeted PM Narendra Modi while he was not in his senses. Regarding the same, he joked and compared his tweets of US President Donald Trump who is also known for his controversial tweets.

Kapil also played a fun game where in he was asked who he would follow, block and unfollow among - Sunil Grover, Ali Asgar and Upasana Singh to which Kapil replied, "I would like to follow Sunil as I want to find out what he is doing these days, unfollow Upasana and block Ali as I still don't know why he left the show." 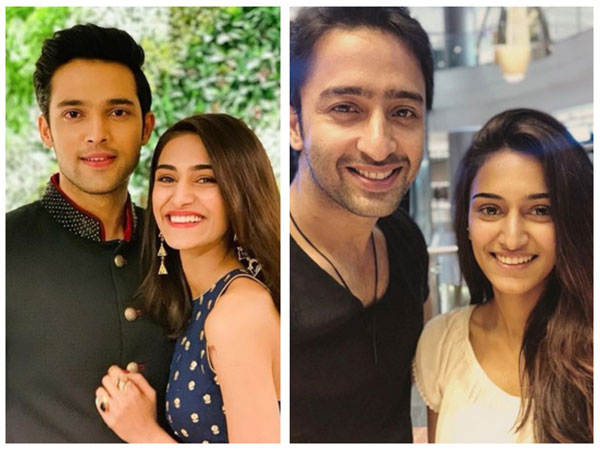 Most Read: When Erica Fernandes Was Asked To Choose Between Parth Samthaan & Shaheer Sheikh!