Ekta Kapoor's Naagin franchise is one of the most-loved supernatural shows on television. All the three seasons of the show had topped the TRP chart. Now, the makers are coming up with the fourth season. Recently, Ekta revealed the first naagin to be Nia Sharma. Now, the producer has welcomed the second naagin, who is none other than Jasmin Bhasin!

Ekta Kapoor Welcomes Jasmin Bhasin To The World Of Naagins

Jasmin thanked Ekta for giving her this oppurtunity. She also apologised for denying and ignoring the questions related to the show. That's so sweet of her, isn't?

Jasmin Is The Second Naagin

The actress shared the video and wrote, "And for everyone who wanted to see me back on television, I am back in an as nagin 🐍 Can't thank enough to @ektaravikapoor mam @muktadhond mam @balajitelefilmslimited for this🙏🏾."

The Actress Apologises For Denying The Reports Of Doing Naagin 4

She further wrote, "And my apologies to everyone for denying or ignoring your questions about whether I am doing nagin 4 or not, I had no intention to lie or ignore but it's best for some things to be revealed at the right moment . I hope you all will forgive me and give me the same amount of love like always. #nagin4."

Is Sayantani Ghosh, The Third Naagin?

There are also reports that Naamkaran actress and the original naagin, Sayantani Ghosh has been roped in to play the third naagin. A source told TOI, "Sayantani is known as the original naagin of TV. Her inclusion in the fourth season will be a value addition. She will play the third naagin, a character that's crucial to the storyline. She is now adjusting her dates, as she is also shooting for a daily soap."

Coming back to Naagin, the speciality of this franchise is that the makers try to rope in new actors as shape-shifting snake in almost every season. The first two seasons had Mouni Roy and Adaa Khan, the third season had Surbhi Jyoti, Karishma Tanna and Anita Hassanandani, and now it is Nia and Jasmin! Also, the male leads were different. Arjun Bijlani, Karanvir Bohra, and Pearl V Puri-Rajat Tokas played the male leads in the first, second and the third seasons, respectively. 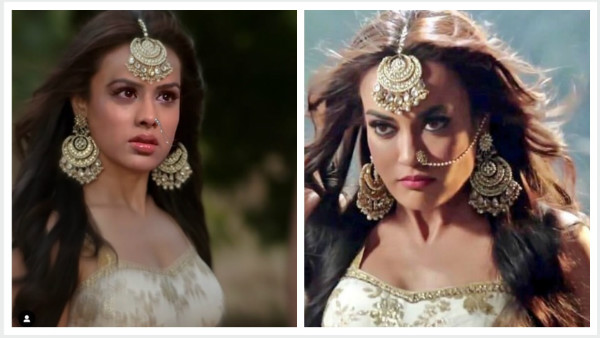