Anita Hassanandani often wins the internet by posting some super cute pictures and videos of her son Aaravv. Needless to say, her recent video of singing to her son was also too hilarious to witness. The actor could be seen taking a dig at her own singing skills in the video that she shared on her social media handle.

Talking about the same, Anita shared a video wherein she can be seen cradling Aaravv in her arms while humming a tune for him. The Yeh Hai Mohabbatein actor looks pretty in a printed blue kurta while Aaravv looks adorable in her arms. The video has the actor writing 'How I Think I Sound' while she can be seen lip-syncing a melodious voice. However, she soon writes, 'How I Actually Sound' wherein suddenly her voice changes into an unpleasant one. While Nakuul Mehta left a laughter emoji on the post, actor Neena Kulkarni called Anita 'Mad Hatter' on the post. Take a look at the same. 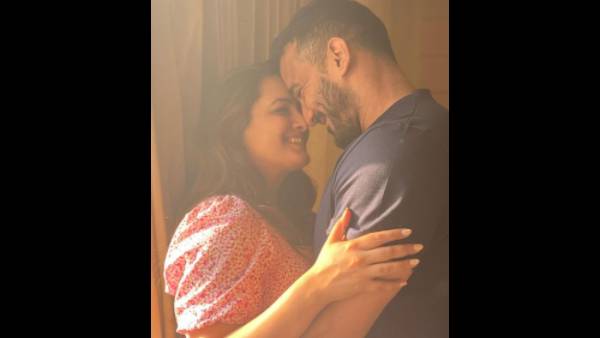 Also Read: Anita Hassanandani Shares A Kiss With Husband Rohit Reddy While Others 'Spy' On Them

Earlier, Anita had also shared a video wherein she credited herself with dressing up her son in the most efficient manner. The video had Aaravv looking like an endearing munchkin in his baby clothes that consists of a dark blue tee with light blue shorts and a bowtie. The video said that 'Behind every well-dressed baby is' after which the camera panned towards Anita herself. The Kyunki Saas Bhi Kabhi Bahu Thi actor captioned the same stating, "Mommy." Actors Naman Shaw, Dhrashti Dhami, Surbhi Jyoti and Krishna Mukherjee sent some love on the delightful post. Take a look. 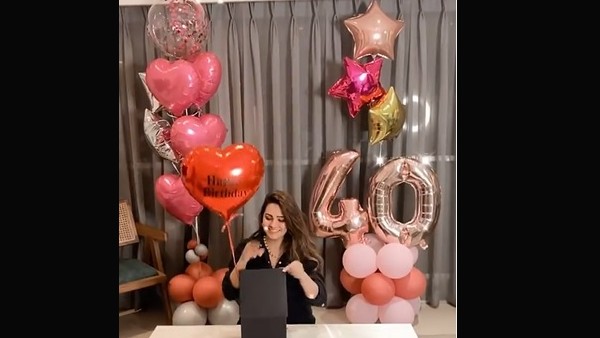 Anita Hassanandani and Rohit Reddy welcomed their baby boy in February this year. Since then the couple has been blessing our timeline by sharing some joyful pictures and videos of their cutie patootie. Not only this, Rohit and Anita have also created an Instagram account for their son, much to the happiness of their fans. Recently Anita also celebrated her fun-filled 40th birthday bash with her husband Rohit Reddy and some of her industry friends. She also shared a glimpse of the same on her social media handle.