Allu Arjun, who is riding high on the success of his latest release Ala Vaikunthapurramloo, is currently in Mumbai. So is the superstar planning to sign his first Bollywood film? Is he in Mumbai to directors or producers from B-town? Well, not exactly! While the actor is definitely eager to storm the Bollywood, for now, he is in the city just for interviews and media interaction.

Ala Vaikunthapurramloo, which came out on January 12, not only impressed the critics but also got the cash registers ringing big time. The movie has fared so well that it has caught everyone's attention from all quarters. And that's reason Allu Arjun is in Mumbai today. Just a while back, the handsome hero wrapped up his interview with Anupama Chopra, who is a well-known author, journalist and film critic.

Sharing a picture on Twitter, Anupama wrote, "Had fun chatting with @alluarjun who laughs as much as I do! He has just delivered a 200 crore blockbuster #alavaikuntapuramulo and now has his sights set on Bollywood! Interview coming up soon." Well, we are definitely looking forward to this interview, what about you guys?

Had fun chatting with @alluarjun who laughs as much as I do! He has just delivered a 200 crore blockbuster #alavaikuntapuramulo and now has his sights set on Bollywood! Interview coming up soon. pic.twitter.com/TzBwDUMMVQ

Interestingly, not too long ago, Chopra had interviewed Vijay Deverakonda and their little rendezvous was appreciated by movie buffs across India. Later, she even invited Vijay Sethupathi, Parvathy and Deverkonda on her show to discuss the 100 Greatest Performances of The Decade along with some Bollywood stars. Guess this is just the start and now we'll keep seeing South celebs making their presence felt in Bollywood more often - be it through interviews or films.

Coming back to Allu Arjun, we all know that the actor is eying to making a grand debut in Bollywood and its only a matter of time before he signs his first Hindi film. But the question is - which Bollywood director will manage to impress him with an interesting story? 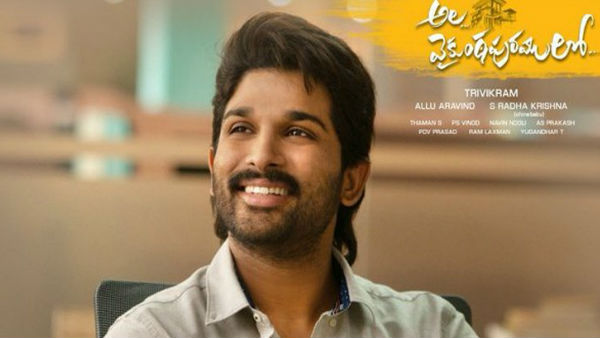