Looking out for new peppy number for your playlist? Then, the first song from Tiger Shroff-Ananya Panday-Tara Sutaria's Student Of The Year 2 is just want you need! After the much-awaited trailer, the makers of the film have dropped the first song titled 'The Jawaani Song'.

While Karan Johar recreated Nazia Hassan's 'Disco Deewane' for Student Of The Year, Punit Malhotra's Student Of The Year 2 has a remake of Kishore Kumar's hit classic song, Ye Jawani Hai Diwani which was picturized on Radhir Kapoor and Jaya Bachchan.

The reprised version has been composed by music director duo Vishal-Shekhar and choreographed by Remo D'Souza. While Kishore's vocals have been retained from the original, the new SOTY 2 song has additional vocals by Vishal Dadlani and Payal Dev.

Speaking about his decision to recreate this iconic number, Punit earlier told DNA, "We had this situation, of a dance competition and were wondering what kind of track to pick for it. The first Student Of The Year (2012) had Disco Deewane (a recreated version of Nazia and Zoheb Hassan's 1981 chartbuster). So, we decided to take on an old song. Also, the situation in this film is similar. That's why we thought it was best to keep the good luck going."

He further added, "The way Tiger dances is amazing. Ananya, Tara and Aditya too have performed well, making it a good competition number. We had a blast shooting the song, it's young, fresh and looks spectacular."

Directed by Punit Malhotra, Student Of The Year stars Tiger Shroff and marks the Bollywood debut of Tara Sutaria and Ananya Panday. The film is slated to release on 10th May, 2019. 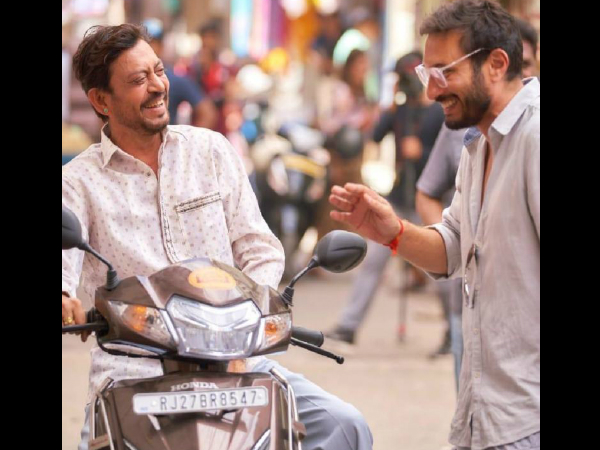 Irrfan Khan Shares A Laugh With Director Homi Adajania On The Sets Of Angrezi Medium!