The makers of Dil Bechara released the first song from the late actor Sushant Singh Rajput-starrer. The title track "Dil Bechara" is sung and composed by AR Rahman and penned by Amitabh Bhattacharya. Fans are eagerly waiting for the film's release on Disney+ Hotstar and got emotional on seeing the late actor dance in the music video. 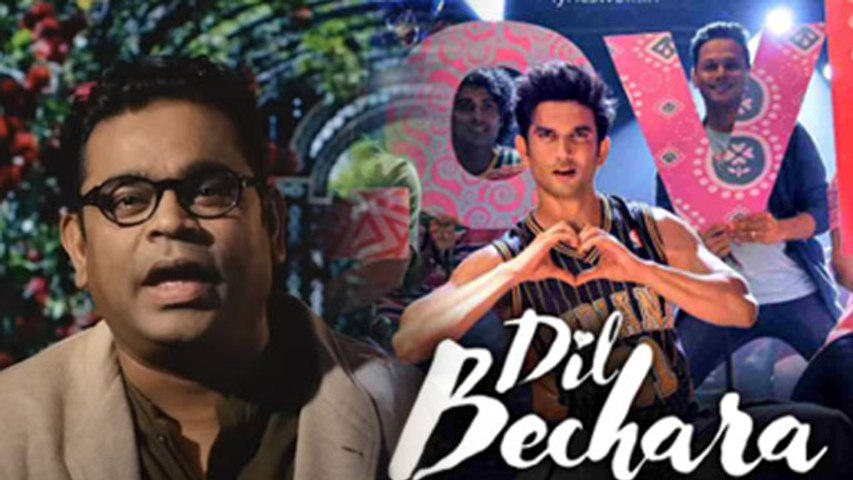 AR Rahman reportedly has also composed the entire soundtrack of Dil Bechara. While talking about the film and its music, Rahman told Mid Day in an interview, "When I write songs, I let them breathe for some time and then present them to the director. It was a great experience collaborating with Mukesh (director Mukesh Chhabra) on this film; his enthusiasm is infectious. This album is carefully curated because the film has so much heart, and now, memories of Sushant."

First time director Mukesh Chhabra recently revealed that Sushant filmed the title track in one shot and it was also the last song he filmed for. Sushant Singh Rajput passed away on June 14.

Dil Bechara Is The Most Liked Trailer On YouTube

The film's trailer, which was unveiled earlier this week, became one of the most viewed and liked trailer on the streaming platform YouTube. The late actor's millions of fans rallied online to make the film a memorable one. Dil Bechara trailer also beat Avengers: Endgame trailer and garnered the highest likes ever.

Dil Bechara Will Release On July 24

The trailer shows Sushant Singh Rajput's character as a chirpy, cheerful college student, while Sanjana Sanghi's character is a shy quiet girl who is battling cancer. Filming of Dil Bechara, adapted from John Green's famous novel The Fault In Our Stars, began two years ago and will finally release on July 24.