Maanaadu, the highly anticipated upcoming action thriller that features Silambarasan in the lead role, is currently in the final stages of its production. Recently, producer Suresh Kamatchi, who watched a preview of Maanaadu along with leading man Simbu, posted the first review of the Ventak Prabhu directorial on his official Twitter page.

"Our Dear @SilambarasanTR_ and myself together watched our Film #Maanaadu. We both are Extremely happy for dir @vp_offl 's effective adorable wrk. #Mangaththa Maker is back on action with thrilling mass entertainer. Thnx to our beloved director. @iam_SJSuryah sir class performance," wrote the producer-filmmaker on his Twitter post.

"@kalyanipriyan rob our hearts by her beautiful presence. #YGMahendran sir Gave His Best Performance. Hearty Thnx to @Richardmnathan @UmeshJKumar @silvastunt for their hard wrk ... thnx to our stars #SAC #VagaiChandrasekar #karunakaran @Premgiamaren @Anjenakirti," added Suresh Kamatchi. From the producer's review of Maanaadu, it is evident that he is extremely impressed with the final output.

Maanaadu, which is said to be a complete action thriller with political and sci-fi elements, marks Venkat Prabhu's comeback to feature filmmaking after a long gap of 5 years. The movie also marks the filmmaker's first collaboration with Silambarasan. The movie features the popular actor-filmmaker SJ Suryah as the lead antagonist. 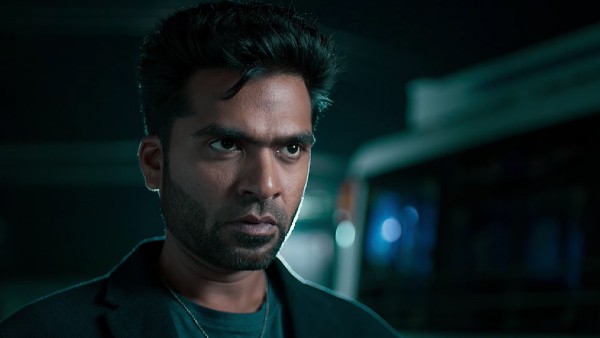 Kalyani Priyadarshan, the young actress who rose to fame with some notable roles in the Tamil, Telugu, and Malayalam film industries, appears as the female lead opposite Simbu in the movie. Yuvan Shankar Raja has composed the songs and background score for the Maanaadu, which is scripted by Venkat Prabhu himself. The Silambarasan starter is bankrolled by Suresh Kamatchi's V House Productions.