Premise: Bear Grylls and Ajay Devgn set out for a day of adventure on a small island in the Indian Ocean.

Review: The adventure and survival episode follows Bear Grylls and Ajay Devgn as the two set out to explore a small island in the Indian Ocean. The hour-long show not only gives the audience a chance to get to know the Indian actor on a personal level but also see him get astonished by Bear's survival skills.

The real-life action begins right off the bat, Ajay makes a dramatic entry on a boat while Bear arrives in a chopper. The two dive into shark-infested deep-waters in a realistic manner with life jackets and survival gear on them. The first thing Bear tells Ajay is, not to stay in water for too long as the danger around them is very real. 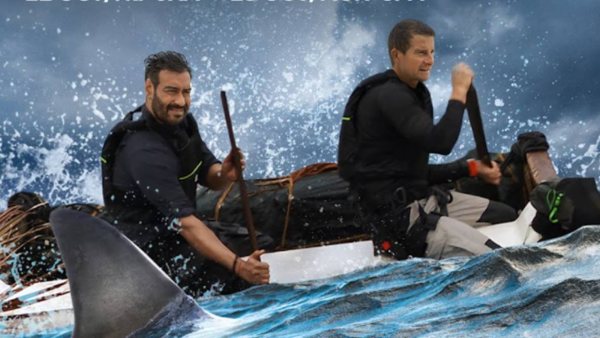 Ajay Devgn's Into The Wild With Bear Grylls Trailer: Actor Says Show Pushed Him Beyond His Comfort Zone

They quickly swim off to a small sand bank but the place is not enough for them to survive. They make makeshift spears and use them to walk in shallow water for over 2 km and head to the closest island. While Bear instructs Ajay about how they plan on surviving for the next few hours, they also get personal. Ajay Devgn opened up about losing his father Veeru Devgn, who was a renowned action choreographer in Hindi cinema. He passed away in 2019 at the age of 77.

Ajay shared that losing parents is really "tough". "It is tough losing your parents. Because in the first 20 years of your life, you don't care for them. You think they are stupid. They don't know anything. You know everything. And by the time you have children, you start realizing what a parent actually is or what they must have done. And sometimes it gets too late also," he told Bear.

While they looked awkward at the start of the episode but the two hit it off quickly. Ajay also got several challenges from industry friends like Anil Kapoor, Singham director Rohit Shetty and his wife Kajol. From scavenging to make their exit raft to eating a raw fish, Ajay does it all with grace. Bear does take on the lead, as the survival expert, he guides Ajay through the island and does all the killing with his bear hands. 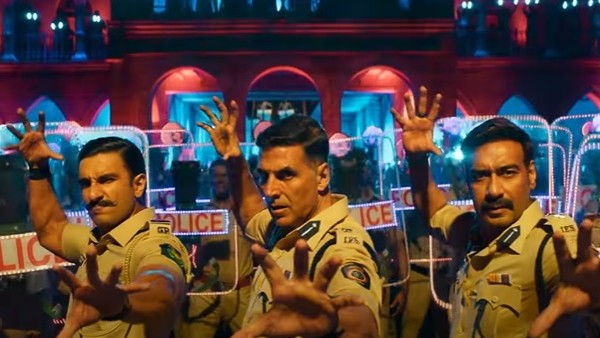 Overall, Into the Wild With Bear Grylls and Ajay Devgn was all about giving a special look at the action hero and who he is off-screen. Bear towards the end of the episode calls Ajay a kind-hearted family man who loves spending time with his people, and that is exactly the person we get to meet in the hour-long episode.