Allu Arjun's one of the most celebrated films Arya clocks 17 years today (May 7, 2021). Directed by Sukumar Bandreddi and produced by Dil Raju, Arya had collected Rs 30 crore worldwide. The Telugu blockbuster starred Anu Mehta and Siva Balaji in pivotal roles.

On the occasion of 17 years of Arya, Allu Arjun took to Instagram and shared a couple of heartfelt notes on the same. In the first note, the Stylish Star shared a still of himself from Arya and wrote, "It's 17 years of Arya today. It is the single most life-changing experience of my life. It's still the greatest miracle in my life. LOVE from the audience started showering on me after I said those golden words. Feel my Love."

In another Instagram post, Allu Arjun thanked the people who were associated with Arya. He further wrote, "This Movie changed the lives of soo many people. It changed my course as an actor, Sukumar garu's life as a director, DIL Raju garu's life as a producer, DSP's life as a Musician, Rathnavelu garu as a DOP, Bunny Vasu as Distributer then and many, many more Lives. We all the soo thankful to this one magic that came into our lives called ARYA. We all will always cherish this as our greatest milestone in our lives. Thank you! Gratitude forever."

Not only Allu Arjun but his fans are also celebrating the 17 years of Arya on social media. Interestingly, the movie's famous song 'Aa Ante Amalapuram' discovered Allu Arjun's dancing skills. 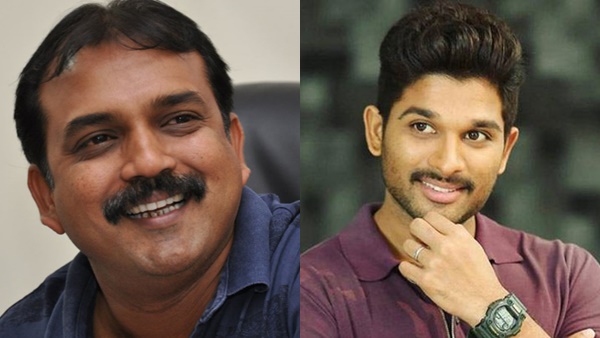 Also Read : Allu Arjun's Next With Koratala Siva To Go On Floors In Mid-2022; Confirm Makers

On the professional front, Allu Arjun will next be seen in Sukumar's next directorial venture Pushpa. The film also stars Rashmika Mandanna as the female lead and Fahadh Faasil as the main villain. Produced by Naveen Yerneni and Y. Ravi Shankar of Mythri Movie Makers in association with Muttamsetty Media, Pushpa is scheduled to release on August 13, 2021, in Telugu, Tamil, Hindi, Malayalam and Kannada.